Inflatable boat in the planing mode 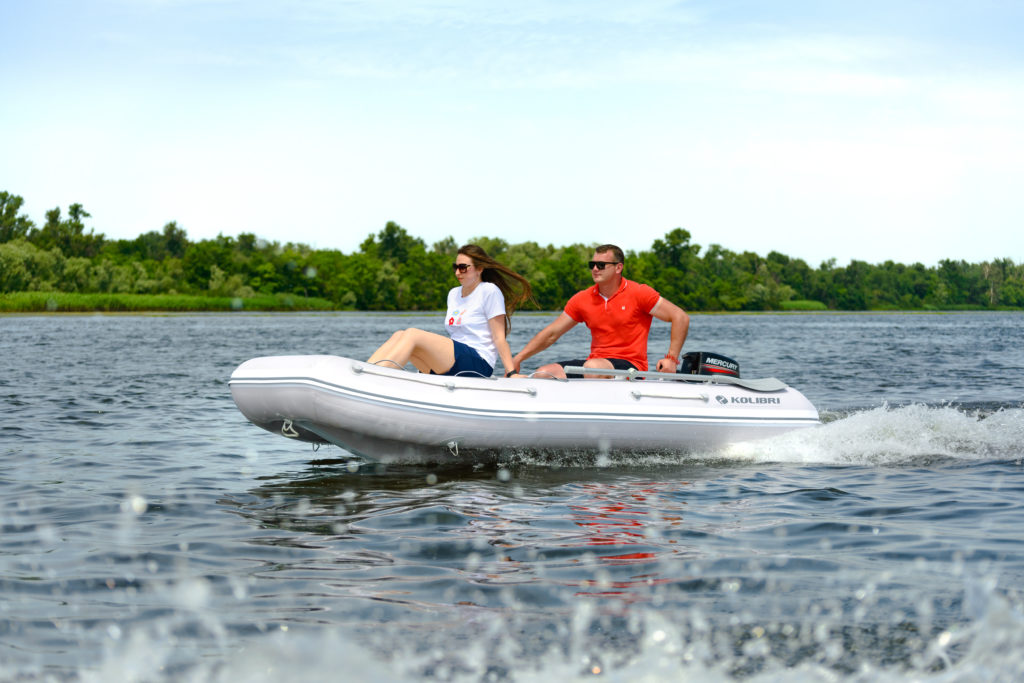 A glisseur (from French “glisser” – to glide) is a light high-speed watercraft. Planing is mode of operation of a watercraft on water, when an object is held on the surface due to the high-speed water pressure, that is, slides along the water surface. When entering the planing mode, there is a sharp decrease in the resistance to movement due to the smaller area of the hull which is located in the water. The speed increases sharply. Take, for example, a windsurfing board – it completely comes out of the water, stops pushing it apart with its hull and begins to slide, accelerating rapidly. This is a good example of switching to the planing mode. A thrown stone, jumping on the surface of the water, also planes.

So, planing mode (of an inflatable boat) is the movement when a watercraft goes at a certain speed, at which its hull is submerged in water by the stern part by about one third. In order to get your boat to plane, a number of factors must be observed, and we will discuss them in this article.

Possible modes of a boat operation

There are three modes of boat operation — displacement, semi-displacement (plowing) and planing modes:

This is when you move at a speed of up to 15 km/h – when the boat is slowing down, when accelerating or moving by means of oars. The area of the wetted surface of the hull is maximum. In this mode of operation, the watercraft creates a high wave. The mode is typical for boats with a low-power engine.

The boat moves with a strongly raised bow. This mode of operation can be reached at speeds of 16-18 km/h.

In this mode, the speed of the watercraft is from 20 km/h and more. The surface of the water touch is minimal (approximately ⅓ of the body in the water). The boat is in a more horizontal position compared to the semi-displacement mode of operation. Planing mode is the most economical mode of boat operation. This driving mode is characterized by a decrease in power while maintaining the maximum speed. It happens due to the fact that the force required to switch to planing mode significantly exceeds the force required to maintain it. With equal fuel consumption in the planing mode, you can cover a much longer distance. 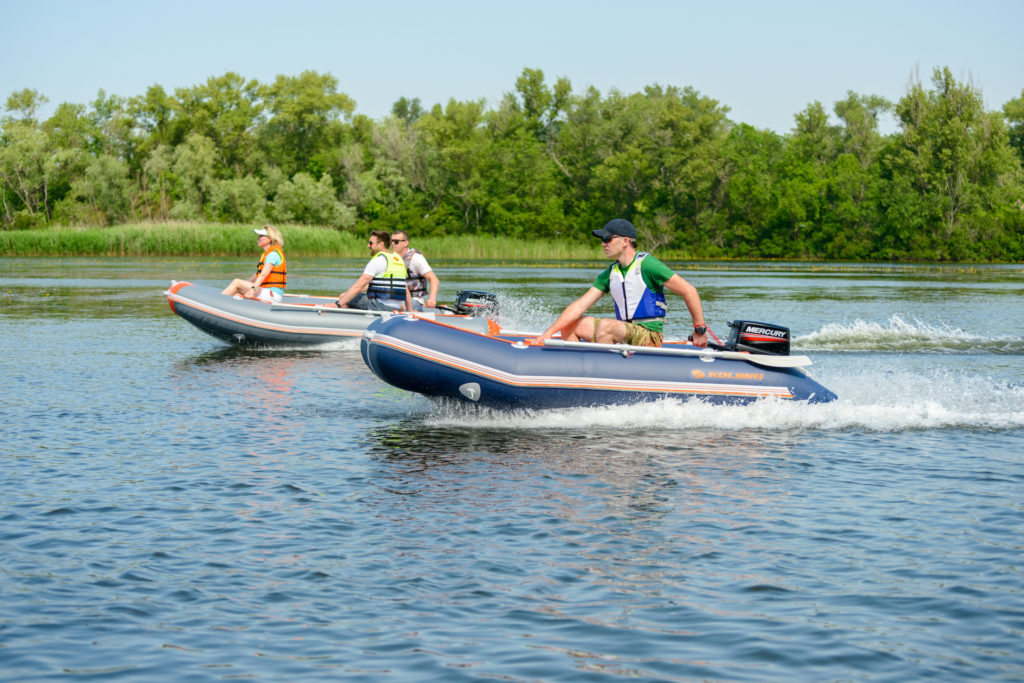 What does it mean to enter the planing mode

There are two known ways of moving on water: by means of the Archimedes force (or the buoyant force) and hydrodynamics. The Archimedes principle is a law which explains the pushing action on any body immersed in a liquid or gaseous medium. When any watercraft (canoe, boat, or huge vessel) enters the water, it displaces a certain amount of liquid. And when this watercraft begins to move, it must overcome the resistance of a kind of water pocket. But as soon as the boat can accelerate and get to planing mode, this resistance drops to almost zero.

You can get a PVC boat with an outboard motor to plane when you reach a certain speed. To determine the maximum possible planing speed for a particular watercraft, the Froude formula is usually used.

V — speed of a watercraft;

L — length of a watercraft hull.

As a rule, for displacement watercrafts, the Froude number varies in the range of 0.2 – 0.3, and for boats that can plane, the number exceeds 1.

But again, everything is pretty conditional here. And this formula, in any case, works well for solid-hulled watercrafts. But as for small inflatable boats, everything is much simpler here. Almost any inflatable boat with an outboard motor with the power of 3 hp and above is able to get into the planing mode under favorable conditions. And, as a rule, it happens at the speed of 18 – 21 km/h.

A PVC boat is hard to get to plane, it is almost impossible or dangerous to enter the planing mode using old boats, in shallow water or with a low-power motor. While planing, the bottom of the boat is exposed to a significant load, and at high speed, random objects in the water can damage the hull.

Planing can be done on relatively light keel boats with a strong enough bottom and a powerful engine. To do so, it’s better to go into open water. The hull of the boat should be as streamlined as possible, the center of gravity is better to be shifted closer to the bow. Of course, a PVC boat is designed to be strong and have a minimum of protruding parts that can affect aero and hydrodynamics.

A PVC boat won’t plane out: what are the reasons

If a PVC boat cannot get on plane, there may be several reasons.

As mentioned above, first of all, i could be a low speed, which depends on a number of factors: 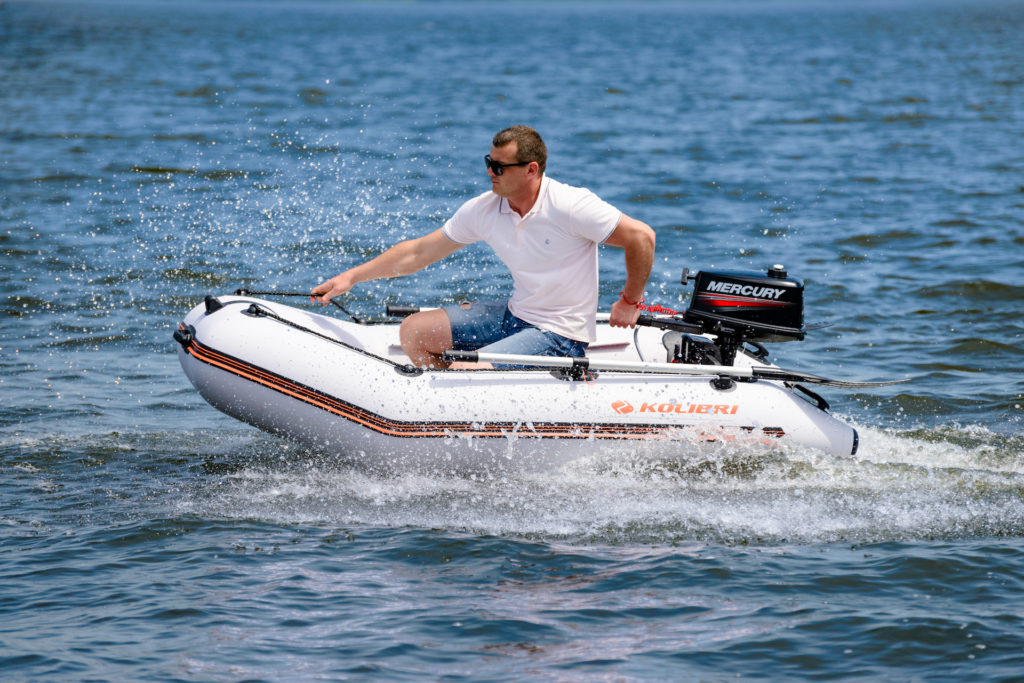 What characteristics should an inflatable PVC boat have for perfect planing? Is there a universal way to get your boat to plane? Is it possible to buy a boat that can operate in planing mode without any alterations, special tricks or additional efforts?

Indeed, the Ukrainian KOLIBRI Boat Manufacturing Company have been producing such boats for a long time — those are several different series of inflatable PVC keel boat models designed for use with motors from 5 to 35 hp.

For example, boats of the Light, Profi, SL or XL series are perfect for planing. They have a streamlined body with an optimal ratio of size, load capacity and motor power. We especially want to highlight the KM-360DSL model.

This is our most favorite boat model. It is large and capacious enough, at the same time harmonic and graceful. In planing mode, the KM-360DSL goes almost with no splashes and leaves a clean wake.

Please also pay attention to our other models, their detailed description and technical characteristics can be found on our website. 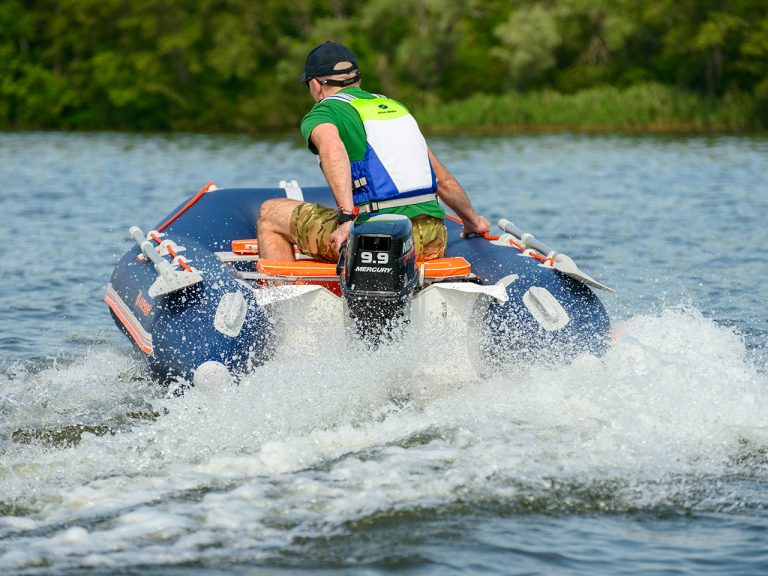 Read completely
Why does a PVC boat need a transom?
What does it take to turn an ordinary inflatable boat... 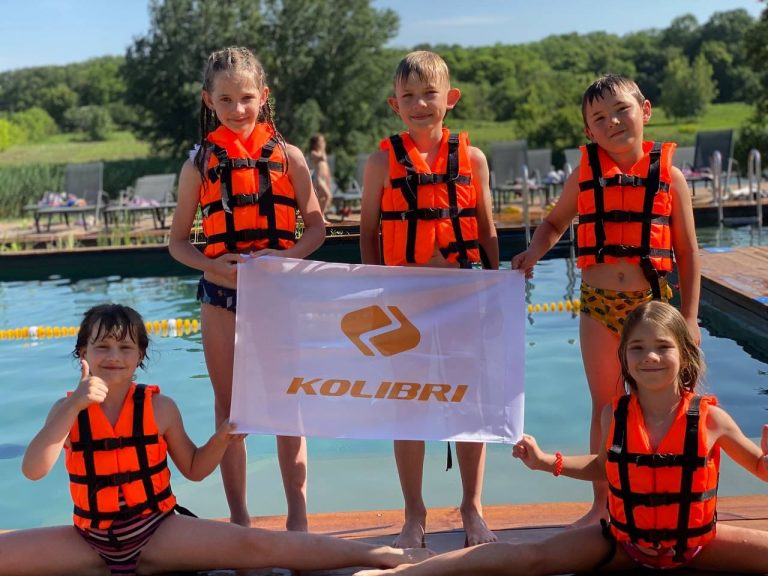 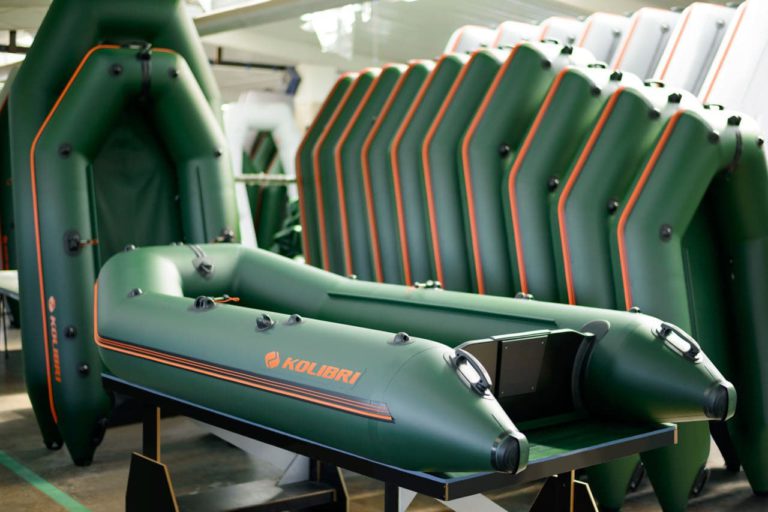 Read completely
PVC inflatable boat tuning
Any seasoned fisherman can fish only with a compass and... 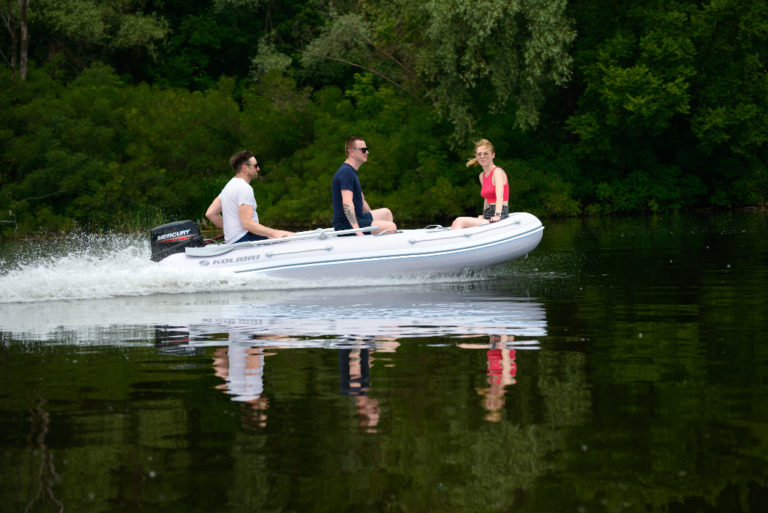 We are in social networks:
Feedback